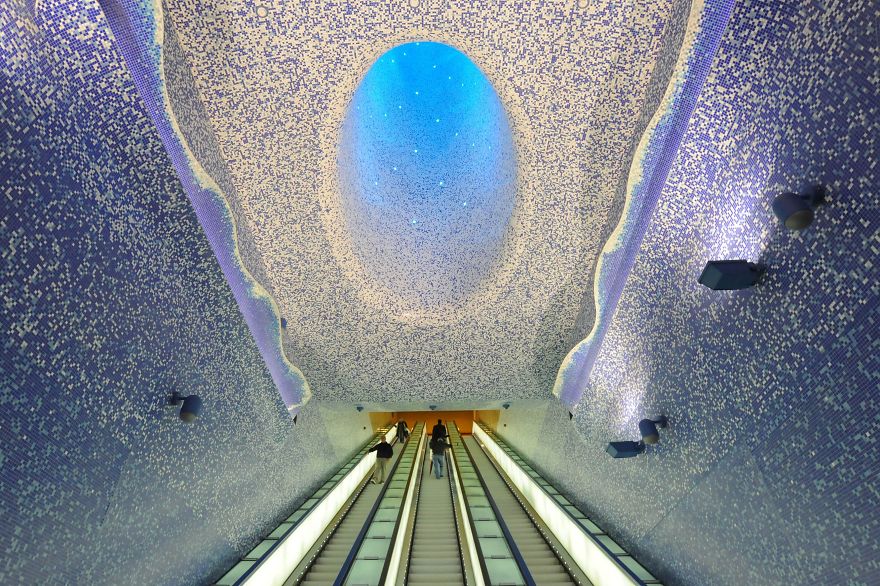 When you think about underground station the first picture coming in your mind is garbage, noise, rats, and definitely not architecture. It’s not all so bad! Some cities invested big amounts of money to design beautiful metro stations that are hard to forget.

The first thing you want to do is to share these beauties and let others see how amazing underground interiors can be.

Achieving such interiors is not a easy job, as architectures have to take into considerations the particularities of every station: air circulation, moisture level, structure of walls and many others details.

And if building such interiors is not easy at all, than maintenance work is even more difficult. That’s why organizations face sometimes quite serious problems on keeping them clean and fully functionable.

We’ve created a list of beautiful metro stations around the world that you have to see, at least in pictures, if not in reality. We will travel from Italy to Russia’s most beautiful underground stations, Sweden, Budapest, China and others. 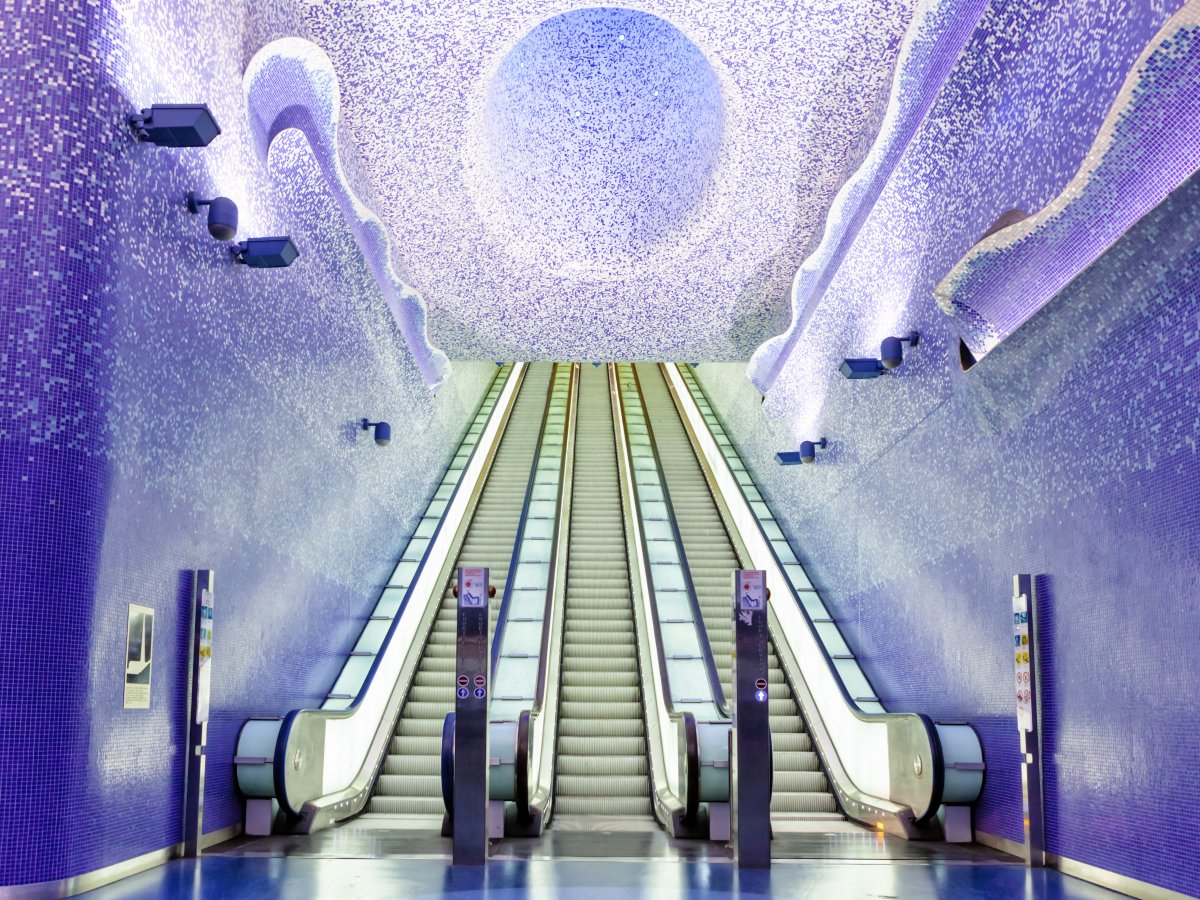 This is  the work of Robert Wilson and is also known as “Light Panels”. Has been opened in 2012 and is one of the deepest and most beautiful among metro stations in Naples. 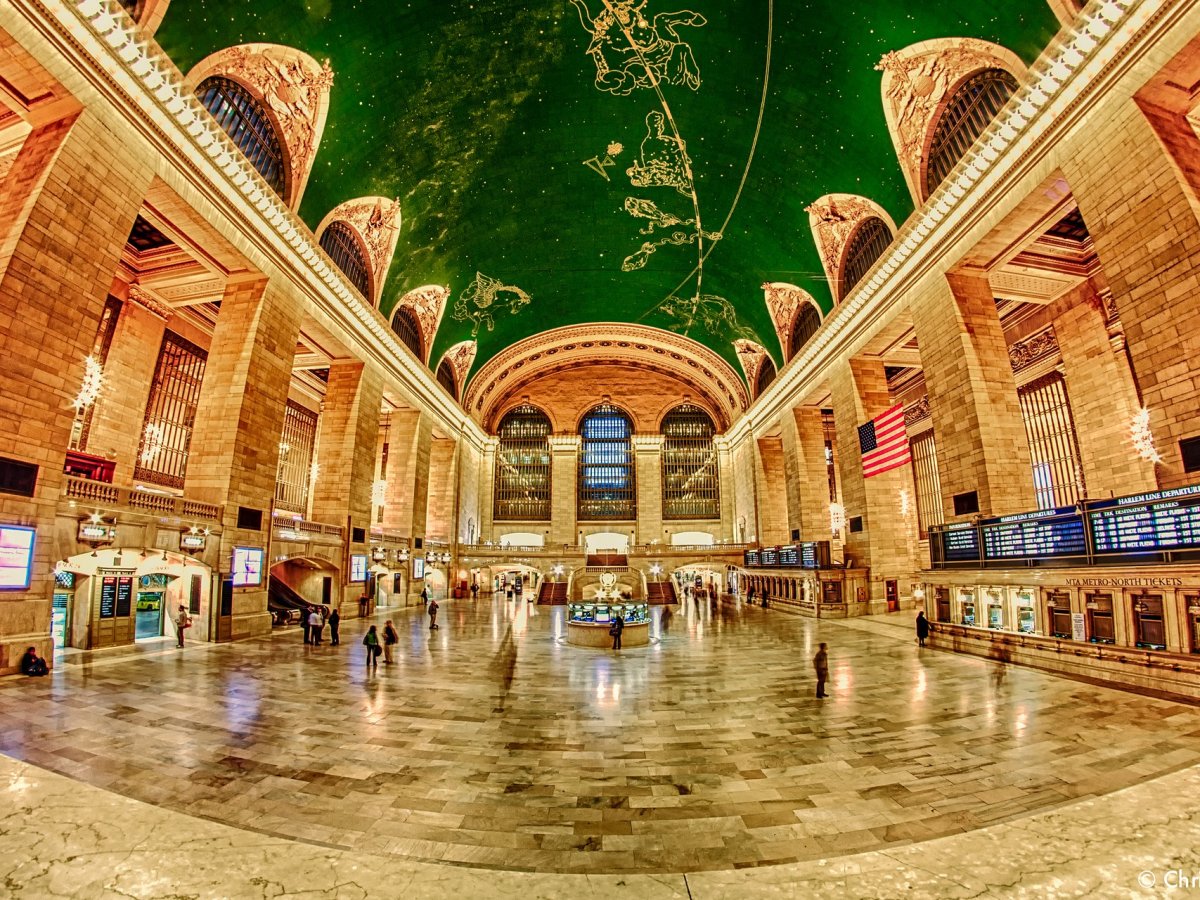 Observe the impressive ceiling of New York City’s Grand Central Terminal. Aside of being amazing, it also is included in Guinness World Record for the largest railway stations – a total of 45 stations.

The Komsomolskaya station in Moscow, Russia 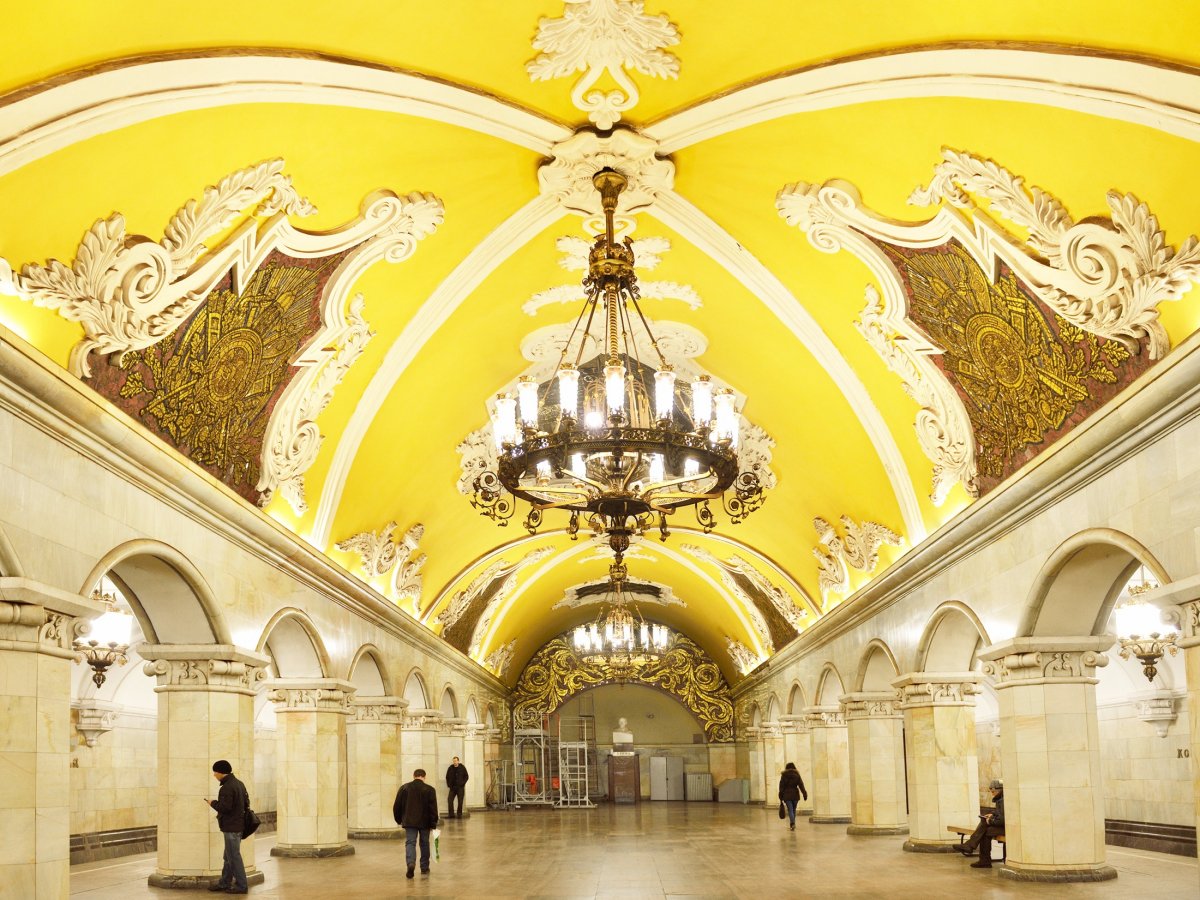 The Komsomolskaya station in Moscow, Russia is an artwork of Dmitry Chechulin. The inspiration for it was a speech Stalin gave back in times.

Almost one hundred metro stations in Stockholm, Sweden were given a fresh look using sculptures, paintings, light installations created by different artists. The one you see here is Stadion station. Authors of these rainbow are Enno Hallek and Ake Pallarp. 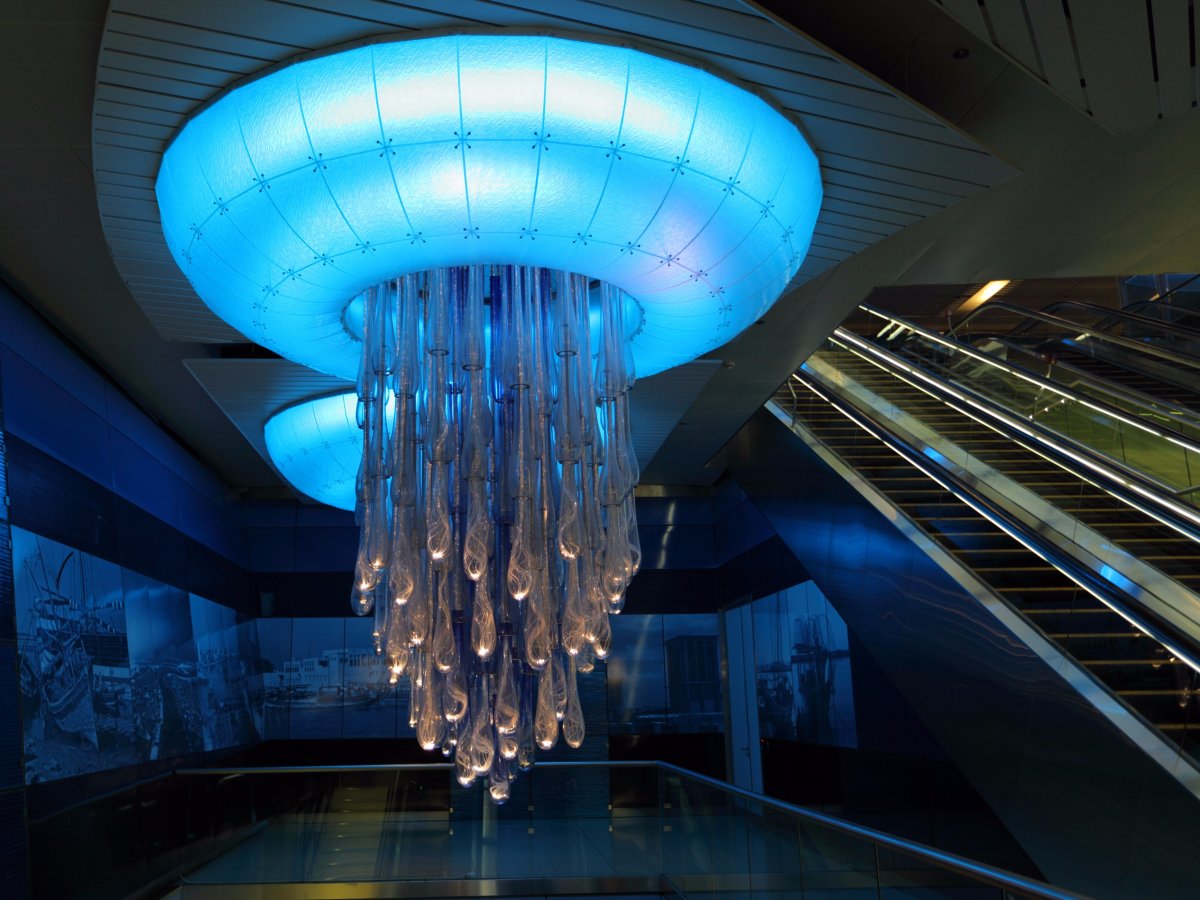 Khalid Bin Al Waleed Station perfectly illustrates the opulence Dubai is so known for. The big attraction is enormous chandelier installed in the center.

The Wesfriedhof Station in Munich, Germany 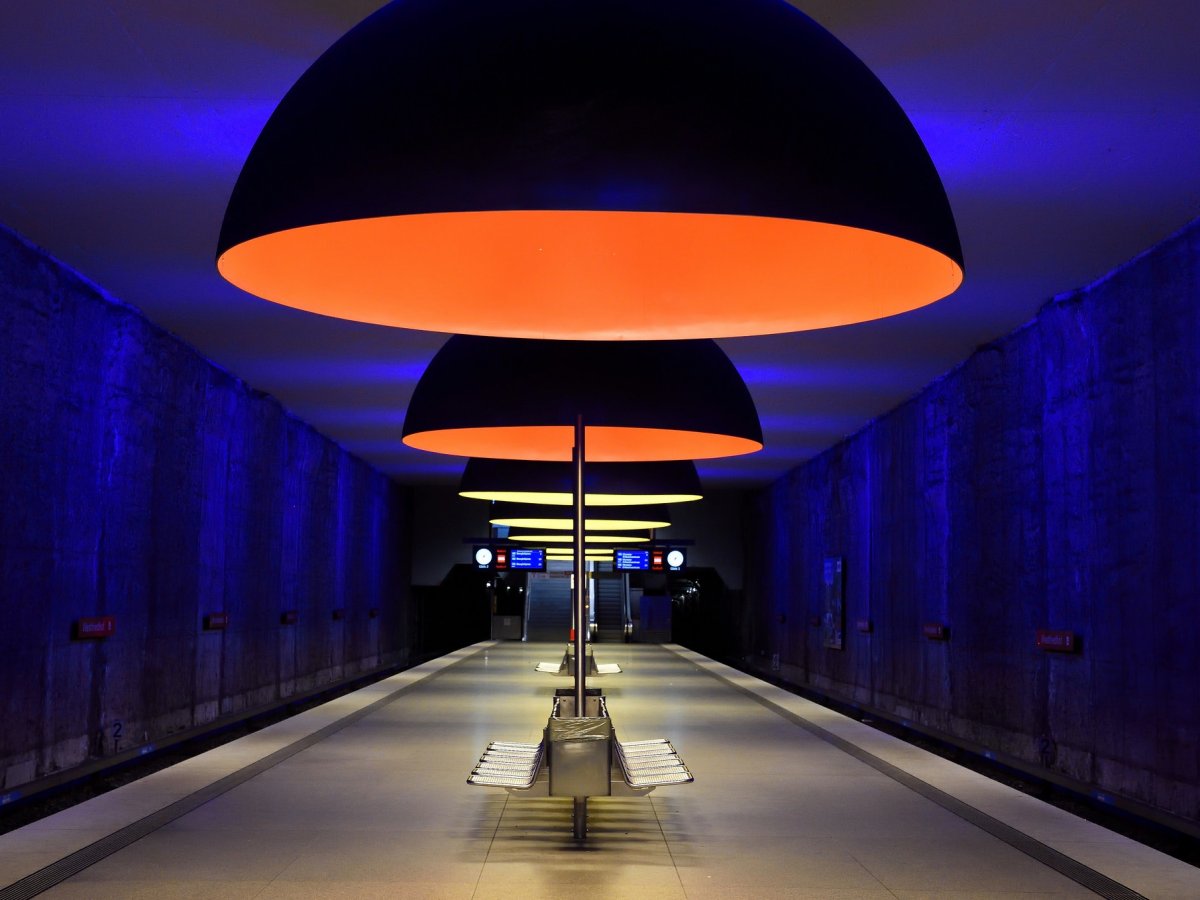 Illuminated by 11 concave lumps that spread fascinated lights, the Wesfriedhof Station in Munich, Germany is a definitly a piece of art everyone has to see. Decorations were fabricated by Ingo Mauer, a German industrial designer who creates lamps and light installations designs.

If you want to see a subway full of tropical gardens, go to Atocha Train Station in Madrid, Spain. Also you will find a large collection of sculptures to see while waiting for your train to come in the station.

More beautiful metro stations around the globe you have to see 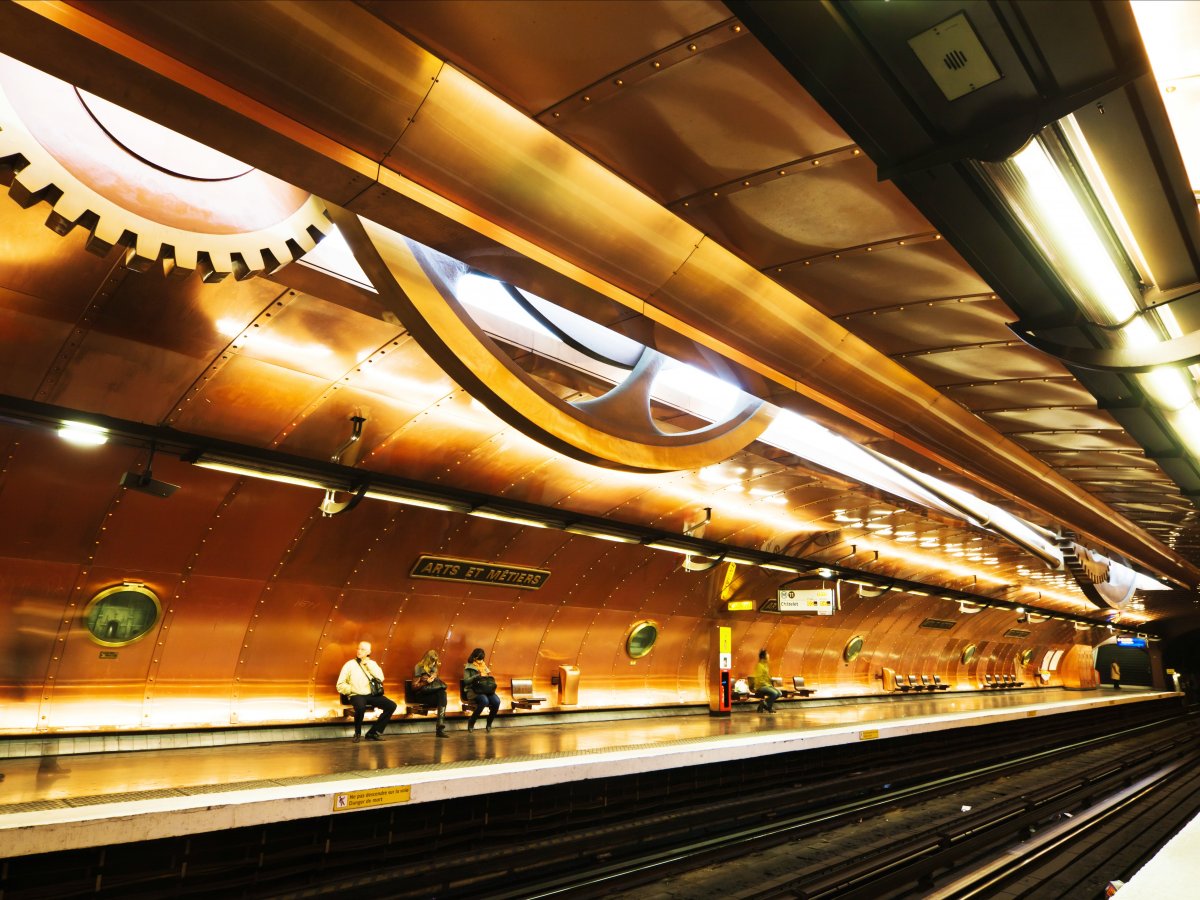 What can be more wonderful than having the chance to dive into the imaginary world of Jules Verne at the Arts Et Métiers Station in Paris, France. The author of this artwork is a comic artist whose name is François Schuiten.

What were the most beautiful metro stations you have ever seen? Are they mentioned here or you got to see something even more impassive? We would like to here your experience in the comments below!