Recently, the metal scene has been growing rapidly, taking itself into the stream of public consciousness, with many bands (who a few years ago would have been termed “underground”) skipping underground status and getting signed to majors. Bands like Testament, Rigor Mortis, Powermad, and most recently Meliah Rage have all had debuts issued on a major label. But what about the heavier side of thrash, that notorious style of metal often called “death metal”? Is this a dying scene, or at least one that will never gain the popularity of its more accessible thrash counterpart? No way, not if you’ve heard recent releases by Death, Num Skull, Sepultura, and the band under investigation here, Louisiana’s Incubus.

Not long ago, I spoke with Incubus guitarist and main songwriter Francis M. Howard about the death metal scene, their storming debut, “Serpent Temptation”, as well as the scene down in Louisiana. 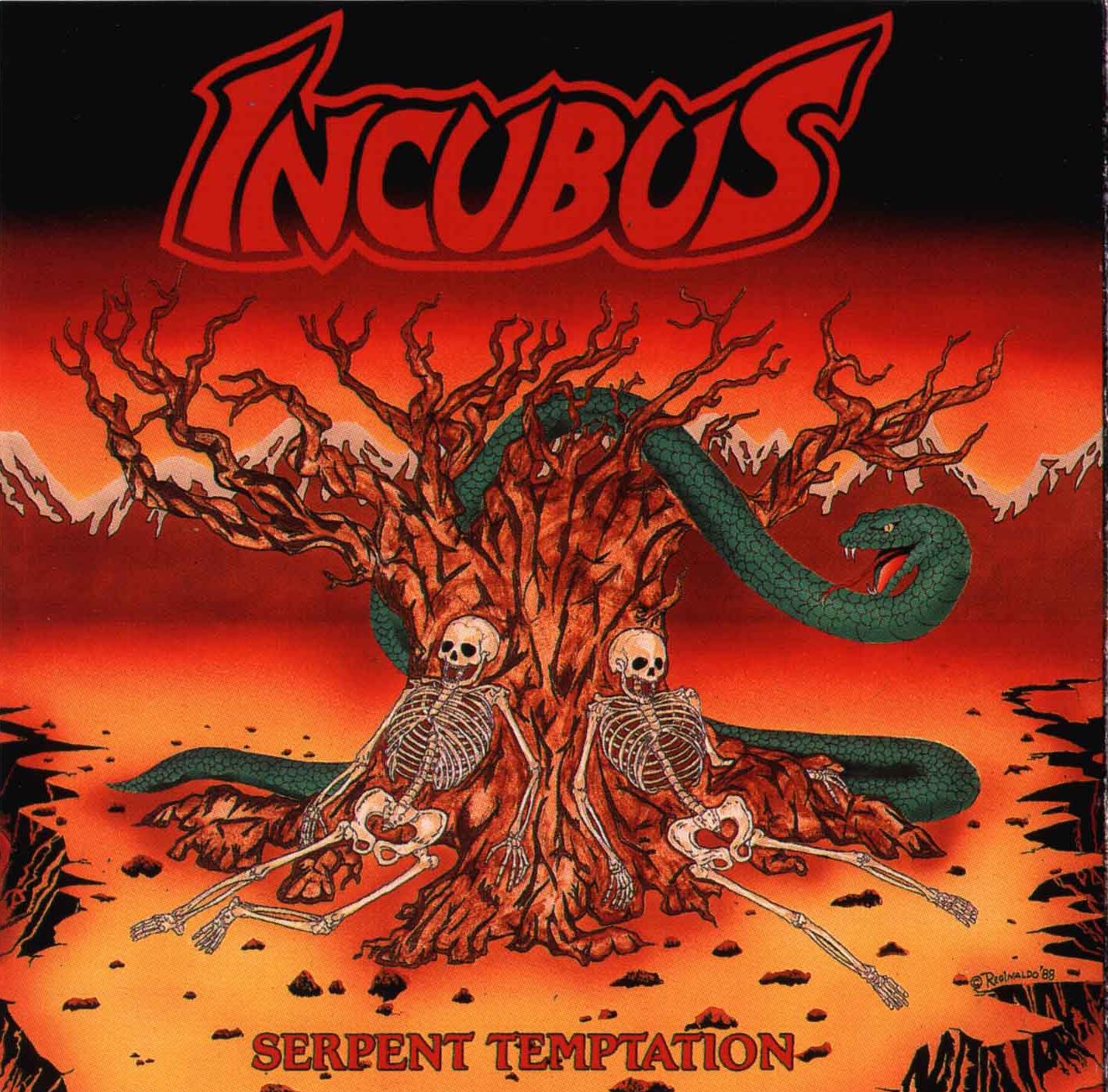 Sheet Metal: How was Incubus first formed and how long have you been together?

Francis Howard: We’ve been together since early ’86. That was when me and my brother Moyses, the drummer, got together with Scot (Latour) on bass and vocals.

SM: You’re from Louisiana of all places. What’s the metal scene like down there?

FH: The scene here wasn’t too strong about three years ago, but now it’s really starting to kick. Lots of bangers are increasing at the shows each time we play here. I think that we are the new hope for the scene of this state. After the release of our album, lots of new bands are starting to emerge, and the bands that were already formed here are starting to get serious and are working much harder than before. I guess that they don’t want to be left behind, cuz we are the first death metal band of the state of Louisiana to release an album, and now all the bands here are trying to prove themselves as well. I think that we opened the eyes of a lot of people down here.

SM: How often do you play live gigs in your area?

FH: Once every couple of months.

SM: Whafs the touring situation look like for the band? Any Plans?

FH: Last year we heard rumors that our booking agent was setting something up for us to go on tour with either Whiplash or Wehrmacht, but that was cancelled because we had a release delay on our album and we didn’t want to go on tour until our album was in the stores. We also had another problem. We didn’t have enough material for our second album and we just didn’t want to tour and then come back to work fast on the new songs. We don’t like to rush our songwriting, so we preferred to stay and work on the new material, but we played a few dates out of state with unsigned acts opening for us, but nothing major like a tour. But, soon after the release of our second album, we will do a consistent tour, which we think is good in a way, cuz when we play live we will have more variety of songs from the first and second album. We’re looking forward to this tour that I just mentioned and also we have some other plans to play in Brazil with Sepultura. We got something set up with them to play a few dates down there. They’re really good friends of ours.

SM: How far do you think you can take your style of music?

FH: I don’t know, because each time that I write a new song it seems that it gets more and more technical. I think that I’m maturing more on my songwriting and also lyrically. Not just me, but the whole band as well. We’re all improving together.

SM: You recently hooked up with the Metalworks label in England. How has the response in Europe been?

FH: I think that’s a misunderstanding. The whole situation is our label is negotiating with Metal¬works to license our album for European release. Our album is being sold in Europe as an import, and ifs been getting a good response in Europe, so just imagine if our label gets through with this deal with Metalworks. We’re going to double, triple the sellings, and the guy from Metalworks told our manager that he will try to put us on a European tour, which I think is great.

SM: You play a style of metal that is probably the heaviest form of music around. The style can be compared to early Slayer, Death, Dark Angel, and the underrated Num Skull. What are your thoughts on the death metal scene?

FH: First, thanks for the compliment. As for my thoughts on the metal scene? Hmmm, what can I say, it’s great! I’ve been listening to the new Bathory album a lot!

SM: Who are your musical influences?

SM: Got any new stuff written?

FH: Yes, we do. We are almost done with all the material for our second album. We should be heading back to the studio, hopefully by late April.

SM: What’s your relationship to your manager, Michael Howard, and how old are you guys?

SM: Your album “Serpent Temptation” is one brutal LP. Anything you’d like to say about it?

FH: The only thing I can say about it is that we are very satisfied with it, because there’s so much power, technique and aggression. Each song is different from the other. Each song has lots of tempo changes. In my opinion, as well as our fans, “Serpent Temptation” is what every death-thrasher was waiting for.